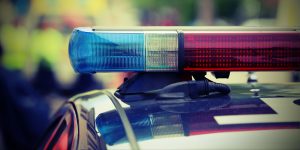 Officers have survived attacks and violent encounters because they kept a clear mind and used it to its most creative potential. The typical officer has only seconds to react – but it is in these few seconds that lack of clarity can be deadly – walking up on a car with a mind distracted by anxiety, job dissatisfaction, concerns over a divorce or financial worries is courting disaster.

An officer’s mental wellbeing is just as important as their ballistic vest. Symptoms of anxiety, post-traumatic stress disorder and denial due to the stigma that accompanies an officer’s persona of being a “warrior” and “protector” are factors affecting their mental welfare. Due to the nature of law enforcement duties and responsibilities, there is a toll that may ensue. This may result in fatigue due to long or erratic hours, concerns about finances due to inherently low pay in the field, insomnia resulting from intrusive/upsetting memories or thoughts, failed relationships, drug/alcohol abuse, physical symptoms from stress and poor eating habits.

There is an “ethos” among police officers, where coming forward to seek help is viewed as a sign of weakness and officers are looked down upon for it. Between 15% and 18% of law enforcement officers in the U.S. suffer from PTSD. Many law enforcement officers are veterans and many of those have seen combat. These officers show up the first day on the job carrying stress from what they have previously been involved in. Stress accumulates as a result of dealing with many highly stressful and often emotional situations. Stress doesn’t kill police officers, but rather trauma kills officers. The cumulative nature of stress when not effectively addressed, can lead to mental and emotional trauma.

Being physically and mentally prepared for work each day is critical for each officer to return home safely after each shift.