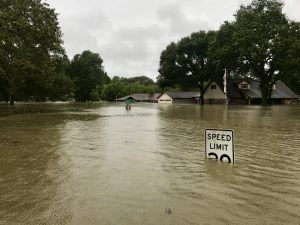 Following heavy rains and localized flooding in Florida, the Sheriffs Automobile Risk Program, (SHARP), has experienced a rash of engine damage claims from our members caused by driving vehicles through standing water. The water coming into engine intakes is hydro-locking the engines thereby destroying the engines’ internal components.

So far the Dodge Charger is the leading vehicle for such damage claims, however the problem exists for other manufactures as well. In fact, this is a long standing issue with most manufacturers having spent a considerable amount of time and effort conducting studies only to conclude that usually the problem occurs because drivers drive too fast through water that is simply too deep.

AAA says a car can lose control in just a few inches of water. Six inches of water will reach the undercarriage of most vehicles and can damage vehicle components or even stall a car’s engine. Just a couple feet of water can carry away most vehicles. Remember that the intake is not the only concern, stalling in water can also result in water being sucked back through the exhaust into the cylinders. It may also crack the catalytic converter not to mention a variety of electrical component issues.