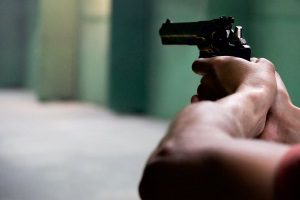 According to the nonprofit Washington-based National Law Enforcement Officers Memorial Fund, the number of law enforcement officers shot to death in the line of duty rose 78% between January and July of 2016, from the same time the previous year. The leading method of those shootings was ambush-style attack.

Documented cases exist where perpetrators have staged a crime in order to lure law enforcement to a scene for the purpose of ambushing and killing them. In July of 2016, 10 days after five police officers were gunned down in an ambush-style attack in Dallas, Texas a gunman ambushed and killed three Baton Rouge, Louisiana, police officers.

Being aware of your surroundings at all times is critical! Wear your vest while on duty and remember:

WIN – Think About What’s Important Now. This question will lead to deliberate action, not reaction. If you are constantly prioritizing what’s most important, you won’t have time for the distractions that can get you in trouble, hurt or killed.

Please contact FSRMF with any questions or for additional information at loss.control@fsrmf.org.