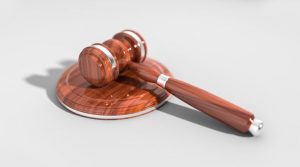 On August 13, 2014 Judge Jorge Cueto of the 11th Judicial Circuit Court in Miami-Dade County issued an order declaring Chapter 440 unconstitutional (Florida Workers Advocates, et al. v. State of Florida). The FSRMF has no active FSWCSIP members in the 11th Judicial Circuit, therefore there is no immediate impact to the Fund. Final disposition of this issue is months away while the appeal process plays out. Steve Coonrod, partner with the defense firm of McConnaughhay, Duffy, Coonrod, Pope & Weaver, P.A., has provided an excellent summary of the FWA v. State of Florida case which is included in this article. Steve can be reached at: scoonrod@mcconnaughhay.com with any questions or comments about this case.

The following is a summary of the FWA v. State of Florida case, its likely impact and context in which it should be viewed.

The 2003 reforms to the WC Act and the 2009 legislative amendment to the attorney’s fee Statute were by far the most effective of a series of efforts to make WC in Florida more affordable for employers. One of the key features of the reforms was to remove from the Statute incentives for the claimant’s bar to litigate cases. A number of benefit limitations were also put in place that served to reduce a carrier’s exposure in cases. For example, Permanent Total Benefits would expire when an employee reaches age 75 in most cases. Limits were also placed on certain types of medical care which historically seemed to be avenues in which more liberal opinions were available to support disability claims. The reforms were effective and the cost of WC coverage dropped by more than 50% during the following years.

Concurrent with these reforms were a series of efforts by the claimant’s bar to repeal or invalidate the changes. Motivation was a desire to see benefits for injured workers increased and/or to restore what had been a lucrative practice for claimant’s attorneys. By legislatively limiting carrier paid fees to a strict percentage of benefits obtained, the incentive to litigate small issues, which were plentiful, was eliminated. The reduction in benefits available also meant a fee based on a percentage of those benefits was smaller than in the past.

There have been multiple cases seeking to challenge the attorney’s fee limitations, all of which have failed. Consequently, we are seeing claimant’s attorneys (Florida Workers Advocates) try other forms of attack on the Statute. The latest in those efforts was the case of FWA/Padgett v. State of Florida, Office of the Attorney General.

In the FWA case, an injured worker sued his employer for personal injuries. The employer defended by arguing workers’ compensation was the sole remedy for injury claims filed by an employee against an employer. That part of the case was resolved. However, FWA used this case to ask a Circuit Court Trial Judge to rule that WC benefits were so limited so as to make the exclusive remedy unconstitutional. In essence, if an injured worker must give up his right to sue his employer in a personal injury action, then he must be given an adequate alternative. FWA argued the current WC benefits are so limited that they could no longer be considered an adequate remedy for someone hurt on the job.

In a great example of what happens when a claim is not defended, the Circuit Court Judge had only FWA’s arguments and evidence to consider as the State of Florida apparently did not or was not allowed to provide a defense of the Statute. Exactly what happened is not clear, but the Judge found the Statute unconstitutional in a scathing Order and the Attorney General has appealed.

So what is the impact on Florida’s WC system of this decision? Essentially, nothing outside of that one case. The decision is not binding on anyone else but it has created a great deal of attention as it is being widely disseminated by FWA as evidence that their arguments are correct, that the WC statute is invalid and employees should now be allowed to sue their employers directly. In such suits, attorney’s fees taken from settlements or judgments are far higher than those available in WC cases. However, such a system would mean many injuries compensable under the WC system would no longer qualify for a recovery since the employer’s fault would have to be shown in order for there to be a recovery. Many suits might also be filed to generate nuisance value settlements and fees in such cases would be greater than those available in the current WC system.

There are two cases pending before the Florida Supreme Court where portions of the WC statute are being challenged as unconstitutional. Those cases are Westphal and Castellanos. It is unlikely that either case would significantly increase exposure for carriers in the vast majority of cases. Although the Castellanos case makes a compelling argument that the current fee statute does not adequately compensate claimants’ attorneys.

The FWA v. State of Florida case is an example of ongoing attacks on the current WC system but has no legal impact on the system. It does create attention and articulates arguments being made by the claimant’s bar but is not an objective analysis of the current system. It contains arguments which could be easily discounted had a defense attorney been involved. It should be noted that Supreme Court action would be required to invalidate the current WC system.

The argument that certain parts of the WC Statute provides for overly limited benefits has some merit. However, it seems most efforts to reform or eliminate the current WC Statute are driven by fee concerns. There are also some valid arguments that the current fee statute is unfair in that claimants can’t hire an attorney at a mutually agreeable fee when the employer/carrier can.

The Supreme Court may invalidate certain portions of the WC Statute dealing with fees paid by claimants to their own attorneys but will not otherwise make sweeping changes.