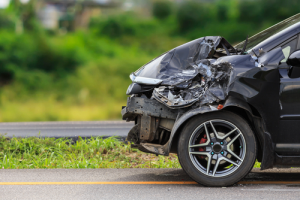 Even as the FSRMF continues to partner with Sheriff’s Offices to reduce the frequency of vehicle accidents, it remains an unfortunate fact of life that every Sheriff’s Office in the state of Florida will continue to deal with automotive accidents involving agency personnel. This article will discuss the basic steps that should be taken when a deputy or other employee is involved in a vehicle accident.

After taking all necessary life-saving measures to protect the injured or vulnerable, the first thing a deputy involved in an accident should do is notify dispatch or a supervisor of the location and nature of the accident, per agency policy.

Care should be taken to make sure that only “Serious Accidents” are reported to the FSRMF’s Outside Adjusters.

Whether an Outside Adjuster responds to the scene or not, and especially if an Outside Adjuster does not respond, there are some things agency personnel can do as part of their normal on-scene investigation that will also assist the FSRMF’s handling of claims that arise from the accident:

(Note: while this article assumes the driver is a deputy, this article applies equally to accidents involving all agency employees)