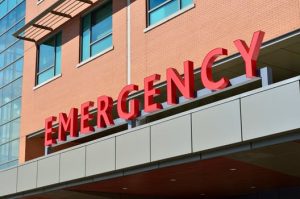 Loss control management – the effort to reduce the possibility that a loss will occur and reduce the severity of a loss when it does occur – is a big part of what FSRMF offers it members. It is a significant tool to help get insurance rates down and keep Sheriffs and their staff safer.

But that was not always the case.

In the early days, and insurance in general, the value of loss control was not fully appreciated. It was not until 1990 when the Hunt Insurance Group, the longtime third-party administrator for the Sheriff’s Self Insurance Funds, hired a respected and experienced law man named Dick Tengstedt as its first full-time loss control manager, that things started to change. It was a key moment in the history of the organization and set the tone for a legacy of safety and good financial stewardship.

In 1990, there was no model for how to work with Sheriffs’ Offices on loss control, but they were beginning to understand that their insurance was changing and that putting a greater emphasis on preventative safety measures could have tremendous benefits.

But it would take a special person to be able to walk in and talk to each of Florida’s 67 Sheriffs about their operations and allocating resources for increased safety. Fortunately, the Fund had such a man in Tengstedt.

Before being hired by Hunt, Tengstedt had more than 30 years of law enforcement experience, including service with the Orange County Sheriff’s Office (1958-62), the FBI (1962-70) and the Florida Department of Law Enforcement (1970-90). This experience, he says, is what gave him the credibility he needed in his new position.

“I knew many of the Sheriffs and their training staff all over the state from working with FDLE and the Orange County Sheriff’s Office,” Tengstedt said. “I had the advantage of already knowing these people, of having friends in these offices.”

What he didn’t have was experience “selling” the value of loss control, and because he was the first of his kind, there weren’t any procedures to guide him. “We had to make our own foundation,” Tengstedt said. “We had to establish an entire loss-control program from the bottom up.”

That process began with the claim loss runs, monthly reports detailing the claim activity the Fund’s different policies. Using these as a reference point, Tengstedt created profiles for each Sheriff’s Office to determine their specific loss-control needs.

Tengstedt then began the process of writing model policies and procedures to serve as resources for Florida’s Sheriff’s Offices. But, it was up to each Sheriff and his staff to determine which parts they would implement. “You can’t just replicate a policy from Sheriff to Sheriff,” he said. “You have to tailor it to your specific needs, to the demographics of where you are.”

As he traveled across the state, Tengstedt met with Sheriffs, bringing policies and procedures, and training their staff. He was also welcomed, because whether or not the Sheriff’s Office decided to implement the changes, there was a mutual respect.

“When we represent your county, we are one of your people; we are on your side,” Tengstedt said. “When I was out there to represent a department, I was a part of their team, and they accepted me that way.”

A big part of the company’s loss control efforts was training, and even the very large Sheriff’s Offices that were self-insured looked to Tengstedt for information on corrections issues and new weapons that were being made available to Sheriffs. He often used his contacts with the Secret Service and the FBI to conduct research about new weaponry that he could pass on to the Sheriff’s Offices.

“When Tasers first came out, they would call us to ask if there was any training we could give them,” Tengstedt said. “We would provide it or direct them to those resources. We didn’t want them to have to go out on their own in a high liability area. When it came to implementing new things, they had to trust us. That meant a lot.”

One of the most serious areas of loss control Tengstedt addressed was automobile accidents. He focused on dealing with the issue at the managerial level and emphasized the effects of claims on the department as a whole. It was an issue he understood far too well.

“When I was in the Sheriff’s Office, I was involved in a terrible accident. I was copilot, and we had to go through a red light on an emergency run. We were following policy and procedure; I was watching this intersection, and he was watching that intersection. But the human dimension got into it. A lady who was two cars behind in cross traffic thought the car in front of her had stalled out; she whipped around it and t-boned us. I went through the dashboard and the windshield; we didn’t have seatbelts back then. The full extent of the injuries from that thing were not realized until 50 years later.

“As careful as you try to be, you can never be too careful because in the heat of the moment when your adrenaline is pumping, your sense of awareness is not as sharp as it should be.”

“Dick Tengstedt was a pioneer,” said FSRMF Executive Director David Harvey. “Our success in loss control is in large part due to his efforts. He created a legacy of professionalism and care for the men and women on the streets that continues today. We are grateful for his influence on our organization and law enforcement across the state.”