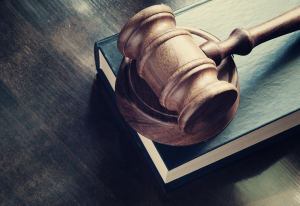 Keeping up with changes in the law is crucial to a law enforcement officer’s ability to honor his oath to uphold the Constitution, to make sure the criminals the officer arrests are not released because of technicalities and to protect himself from a civil lawsuit. This article will discuss the case of Bailey v. United States, 133 S.Ct. 1031 (2013), decided last year, and offer some takeaways as to how to apply this case in the field.

In Bailey, the United States Supreme Court revisited the question of when law enforcement officers may detain persons present during the execution of a search warrant of a residence.

Facts: In Bailey, police were preparing to execute a valid search warrant on a residence to locate a .38-caliber handgun. The warrant was based on a confidential informant’s testimony that he was previously at the residence to buy drugs from “a heavyset black male with short hair” known to him as “Polo” and, while there, he saw the pistol. Just before the police were to execute the search warrant, they saw two men leaving the residence. Both men fit the general description of “Polo,” but officers did not know which, if either, of the two men was “Polo.”

The officers decided that it would be best for operational security if they let the two men leave before they detained them. So, they watched the men get in their car and drive away. Shortly thereafter, two officers followed the men for about five minutes before conducting a traffic stop about a mile away from the residence. During the stop, the two men were patted down. Nothing of significance was found on either man, but a key ring was found on Bailey.

Initially, Bailey claimed he was just leaving his home and gave as his address the address of the target of the search warrant. Officers put both men in handcuffs and drove them back to Bailey’s residence. On the way, officers advised they stopped the men because they were executing a search warrant. Bailey responded: “I don’t live there. Anything you find there ain’t mine, and I’m not cooperating with your investigation.” In the meantime, other officers had executed the search warrant and found a gun and drugs in plain view. One of the keys on the key ring found on Bailey opened the front door of the residence. A jury later convicted Bailey of three drug and firearm offenses. Bailey then appealed.

Question: Did police have the right to stop Bailey? (If not, his statements and the residence key should be suppressed.)

Ruling: The Supreme Court reversed the district and appellate courts and held that the search warrant did not authorize the police to stop Bailey after he left the “immediate vicinity” of the residence.

Rationale: The Supreme Court reaffirmed that, under Michigan v. Summers, 452 U.S. 1981 and Muehler v. Mena, 544 U.S. 93 (2005), officers may detain occupants of a premises while executing a search warrant of the premises. However, the Court was very aware that the rule articulated in these two cases was contrary to the general Fourth Amendment principle that a person shall not be seized unless there is either probable cause or reasonable suspicion that he committed or is about to commit a crime – the Summers and Muehler opinions allow police to detain and handcuff people just because they happen to be present when a search warrant is executed, even if the police have no reason to suspect them of any crime. Acting out of concern that expanding the rule of Summers and Muehler to allow officers to stop Bailey would undermine the Fourth Amendment, the Court decided to establish a bright line rule that a search warrant permits officers to detain only persons in the “immediate vicinity” of the premises subject to a search warrant.

Takeaways: Here are some practical takeaways from the Bailey decision:

We will conclude with a disclaimer. These takeaways, particularly No. 6 above, represent the outer limits of what is Constitutionally permissible and, therefore, may conflict with your Office’s policies or directives. Obviously, you should follow your Office’s policies or directives and you should direct any questions you may have concerning this subject to your in-house counsel, supervisors or State Attorney’s Office.