This article is adapted from the IACP Symposium Report: Breaking the Silence on Law Enforcement Suicides, and has been reprinted with permission from the Office of Community Oriented Policing Services. 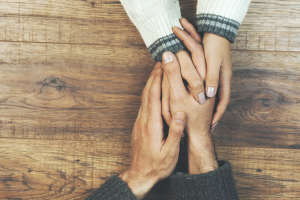 During 2012, law enforcement officer deaths by suicide were twice as high as traffic accidents or felonious assaults. This sobering data indicates that some law enforcement officers are suffering from mental health issues, and too many officers are dying as a result. It also suggests that positive mental health and well-being is just as important as bullet-proof vests when it comes to officer safety and wellness. Yet, officer suicide is something that is rarely spoken about or addressed.

The reality is that the law enforcement profession has long perpetuated a stigma attached to mental health that prevents officers from seeking the necessary treatment and leaders from providing it. Now is the time to remove that stigma and openly address the reality of officer mental health issues and the need for suicide prevention. Now is the time for law enforcement leaders to identify and deploy the most effective strategies available to protect and enhance the mental health and fitness of officers.

To address this critical issue, the International Association of Chiefs of Police, in partnership with the Office of Community Oriented Policing Services (COPS Office) and the U.S. Department of Justice, hosted Breaking the Silence: A National Symposium on Law Enforcement Officer Suicide and Mental Health in July 2013. Participants at the symposium worked together to develop a national strategy to address officer mental wellness and suicide prevention, built on the following four cornerstones: 1) Culture Change; 2) Early Warning and Prevention Protocols; 3) Training; and 4) Event Response Protocols.

Unfortunately, in many law enforcement departments the culture toward mental wellness or addressing emotional problems of any kind is one of disdain and avoidance. The presumption within this culture is that the mere presence of an emotional problem indicates a weakness on the officer’s part. That perception leads to the even more dangerous perception that being open about these issues can make the officer vulnerable, even to the point of losing his or her job. Significant progress in curbing officer suicide and enhancing officer mental wellness is only achievable if the culture does an about-face toward openness and support for all aspects of officer health and wellness, particularly mental health.

Sheriffs should be proactive and speak directly to their officers about mental wellness and officer suicide. Hearing from the Sheriff personally and candidly carries a tremendous amount of weight. In particular, Sheriffs or others who have triumphed over their own mental health issues should champion this subject and share their own success stories.

What are the stressors affecting and indicators of officers at-risk for suicide or mental illness?

While by no means an exhaustive list, the symposium participants identified some of the stressors and indicators that officers commonly encounter:

Police officers begin their training in the academy, or even earlier in colleges and universities specializing in policing studies, and continue that training throughout their careers. And it’s safe to say that most police officers are extremely well-trained in the areas of police policy, protocols and requisite skills. However, officers may be surprisingly ill-trained or not trained at all in recognizing signs of or effectively responding to emotional distress, PTSD or other mental illness or suicidal behavior, particularly when it involves one of their peers. Of equal concern, families of law enforcement officers often do not receive information or training on how to detect early warnings of emotional distress, or how to help the officer seek mental health assistance.

Departments faced with their first officer suicide may have no idea how to handle the aftermath, from basic funeral protocols to post-suicide actions that can help support the department and the officer’s family. Without this knowledge and carefully developed protocols, departmental staff, from leaders to line staff to civilian employees, struggle and often fail to handle the suicide in the most productive manner.

The strategies outlined here are designed to assist Sheriffs’ Offices seeking to include officer mental wellness as a core element of officer safety and well-being and to mitigate the threat of officer death by suicide. These strategies are designed to prevent the destructive effects of emotional trauma, mental illness, and officer deaths by suicide on a police community; to successfully intervene when officers confront mental health crises, mental illness, or suicidal behavior; and, to provide effective event response protocols when an officer dies by suicide in an agency. It is time for a coordinated, national initiative on this all too-critical issue. It is time to integrate mental health and well-being into the mainstream officer safety and wellness continuum.