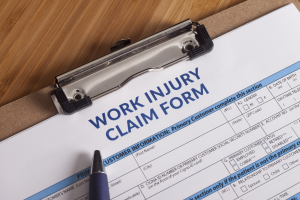 Insurance industry experts are often asked about ways to reduce workers’ compensation indemnity costs. One of the most common responses to this question is to implement and maintain an aggressive Return to Work (RTW) program. Employers are sometimes hesitant to embrace the concept of early RTW, perhaps because they do not fully understand the benefits of an aggressive RTW program. In this article, we will look at three of the many benefits of implementing and maintaining an aggressive RTW.

Second, an RTW program enhances communication between all parties. An open line of communication between the adjuster, physician and employer ensures that an injured worker receives timely medical care and is brought back to work in a safe and suitable position at the earliest opportunity. As an employer, if you use specific doctors on a regular basis, those doctors will generally get to know your organization and know that you value your employees and are willing to provide a modified job for your injured employees. Communication is the key to providing timely payment of benefits and timely authorization and delivery of appropriate medical care.

Finally, an RTW program significantly reduces your indemnity and medical claim costs. It is no secret that the longer an injured employee stays out of work, the less likely they are to return to work at all. The industry norm is that if an injured worker is out of work for six months or more, there is only a 50 percent chance of return to work. If they are out of work for a year or more, the probability of return to work drops to 10 percent. A well-established RTW program also mitigates future settlements; the exposure is less if work is available. Someone who is actively working, even in a modified duty job, is likely to recover quicker than an injured worker who remains out of work and does nothing.